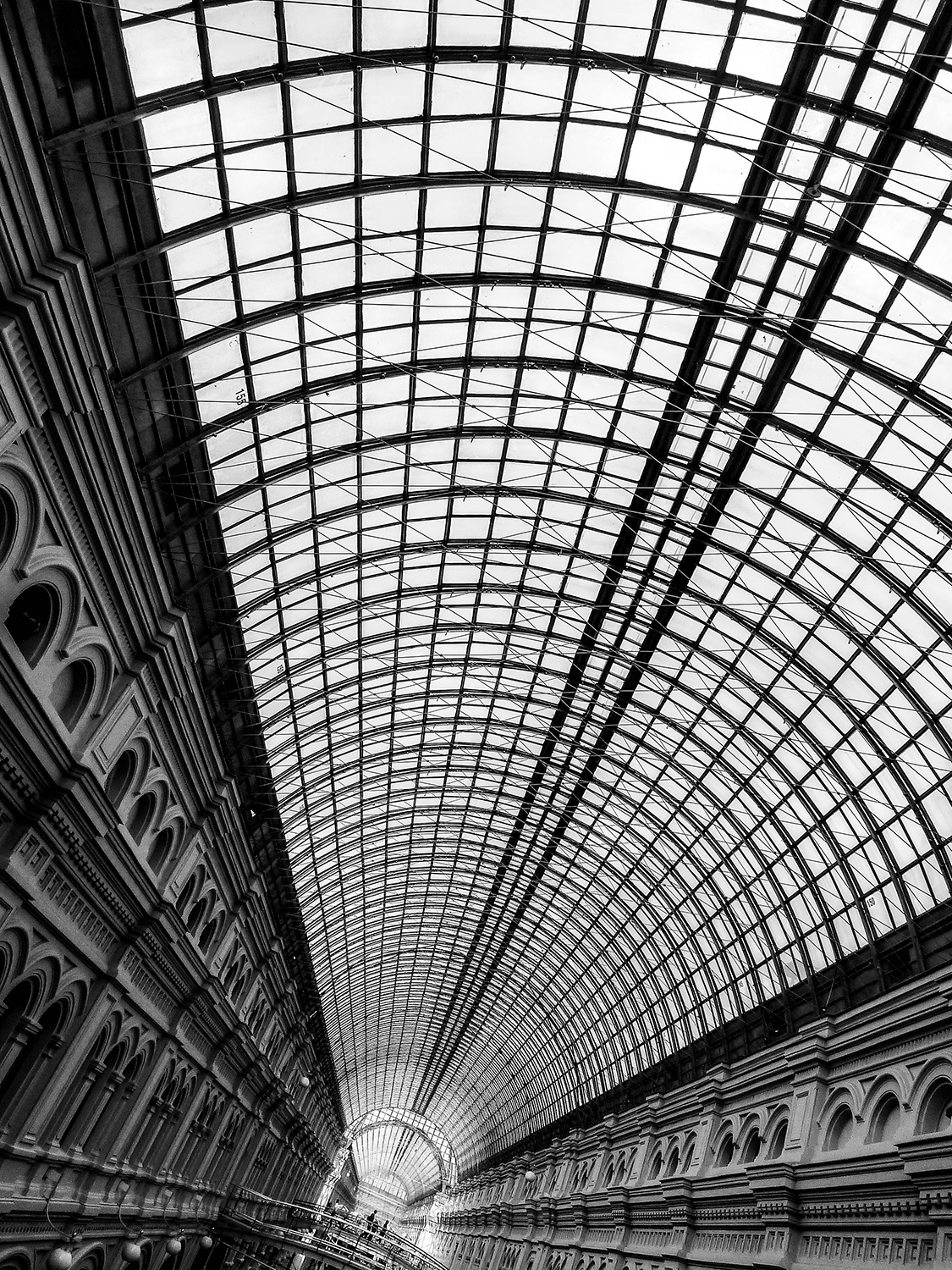 Moscow's GUM runs the length of one side of Red Square. It dates from the late 19th Century, and was designed by Alexander Pomerantsev and Vladimir Shukhov. Shukhov in particular engineered this stunning glass roof, which covers several storeys of passages and created a climate-controlled shopping experience long before the suburban shopping mall concept.

The name GUM, which stands for Main Universal Store (Главный универсальный магазин), was given to the facility during the Soviet period, and has stuck around since. Today, it really is a shopping mall – but with some serious architectural pedigree.