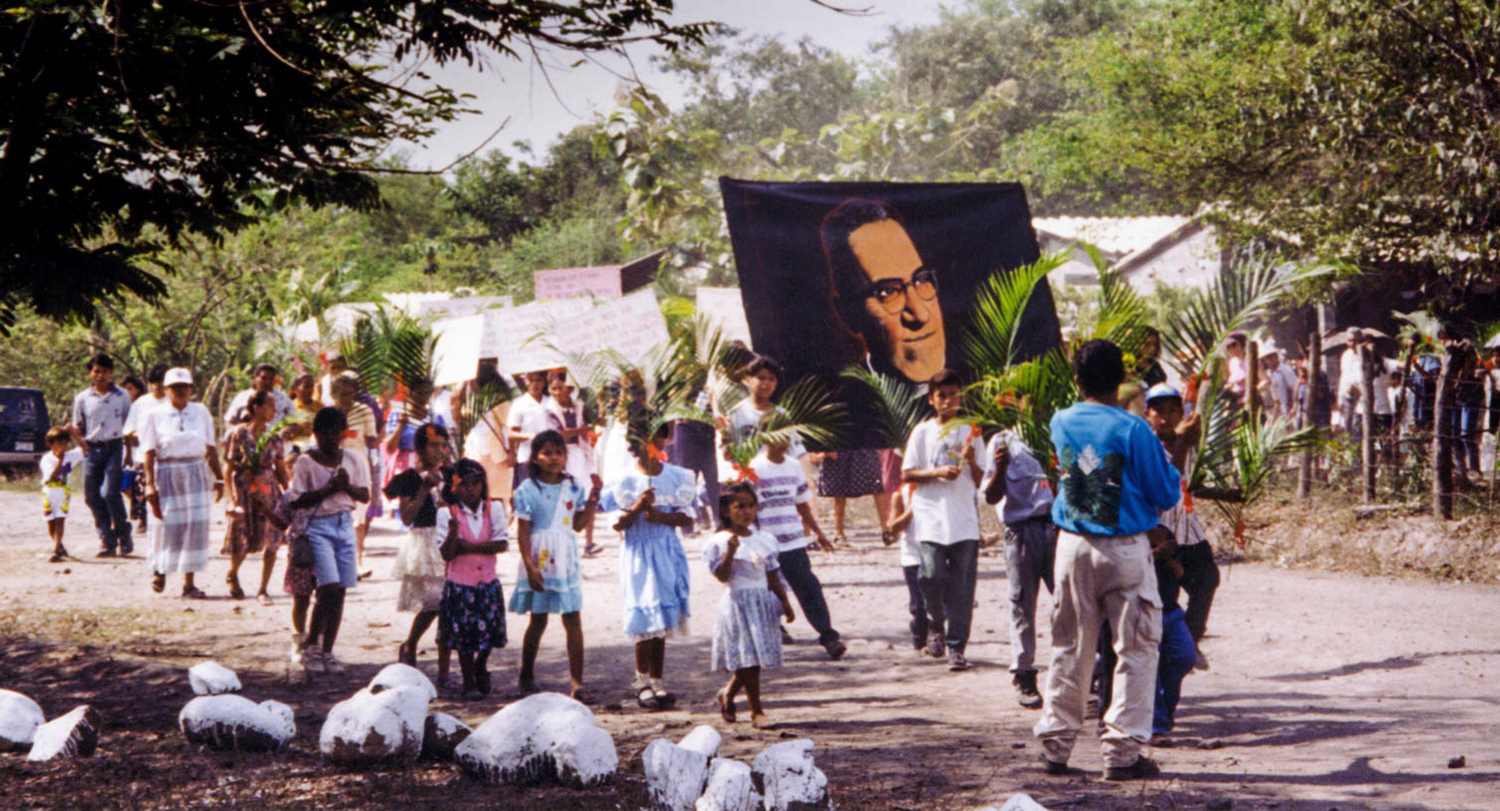 In a rural Salvadoran cooperative, community members march under a banner of the slain Archbishop Oscar Romero, who dared to suggest that peasants like these might deserve an earthly bounty in addition to promises of posthumous salvation. For this heresy, he was assassinated by death squads linked to the Salvadoran establishment – a fate that awaited many of his flock.