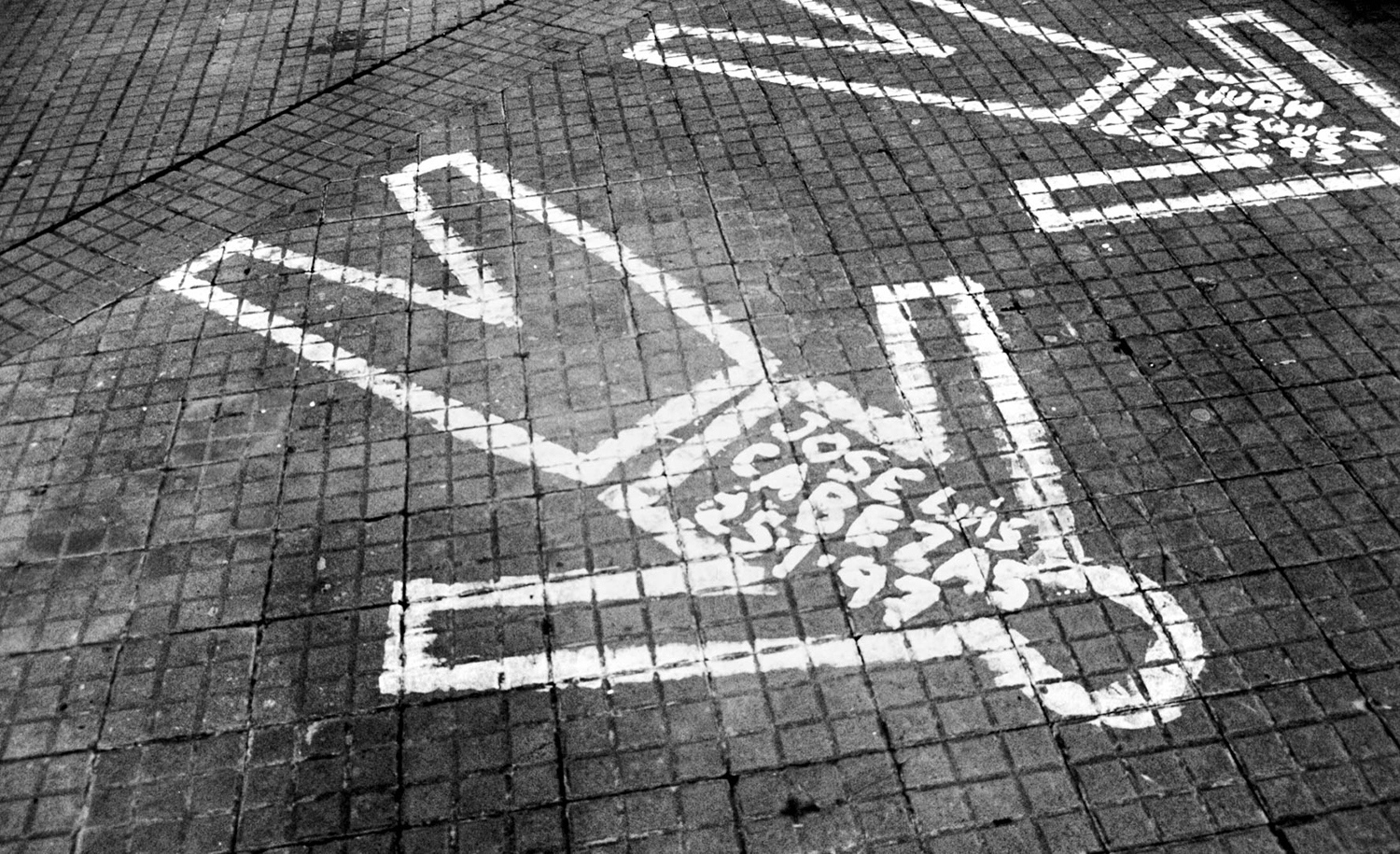 An outline commemorating the Argentine journalist José Luis Cabezas, who was kidnapped and murdered in 1997 while investigating a gangster with links to the country's then-president, Carlos Menem.

Cabezas' murder became an emblematic symbol of corruption at the top levels of government, and the popular slogan 'Don't forget Cabezas' an expression of the public's dismay at official impunity.