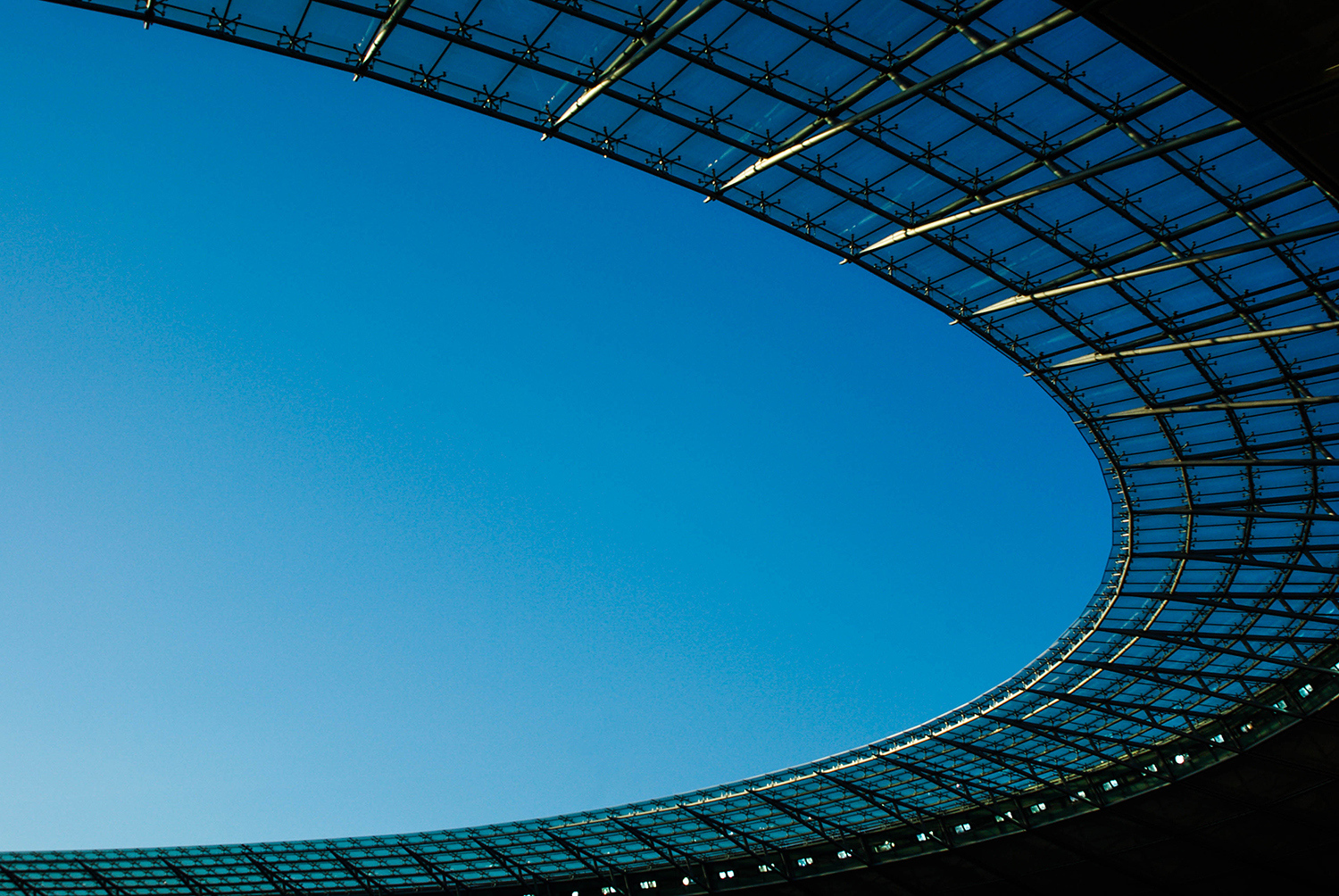 Berlin's Olympic Stadium was roofless when it hosted the 1936 Games, but during renovations in 2004 a seemingly floating roof was added to cover all 74,475 seats in the stadium (which, despite its age, still has Germany's highest all-seater capacity). The roof conceals clever lighting that creates no discernible shadows on the pitch.