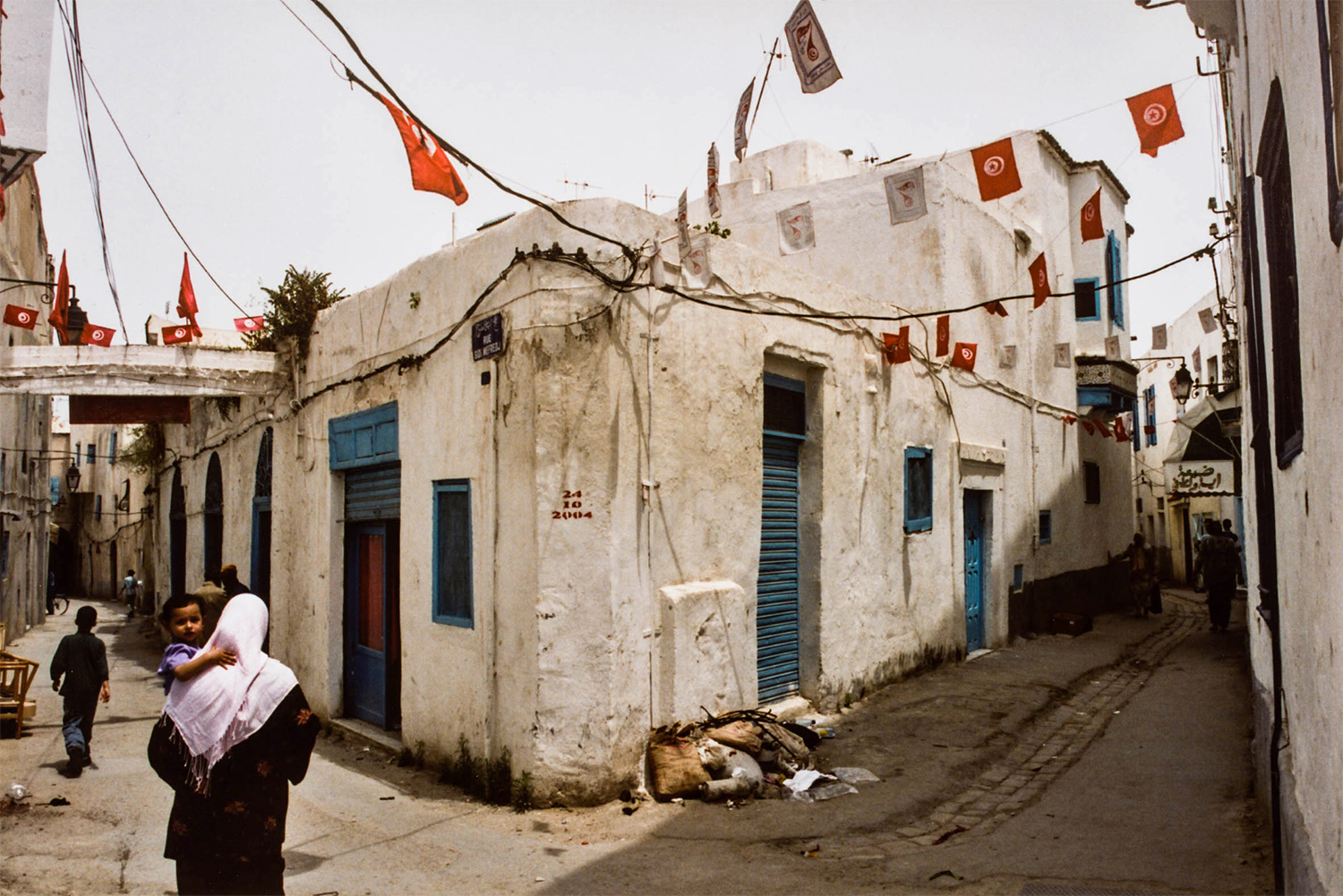 A woman and her children on a backstreet of Tunis's Medina.

The date on the wall refers to the Tunisian general election from the previous year, which (unsurprisingly) saw the highly corrupt president Zine El Abidine Ben Ali 're-elected' for a fourth time – with a mere 94.9 percent of the vote. A few years later, Ben Ali's flagrant misrule sparked the Arab Spring that permanently removed him from power.