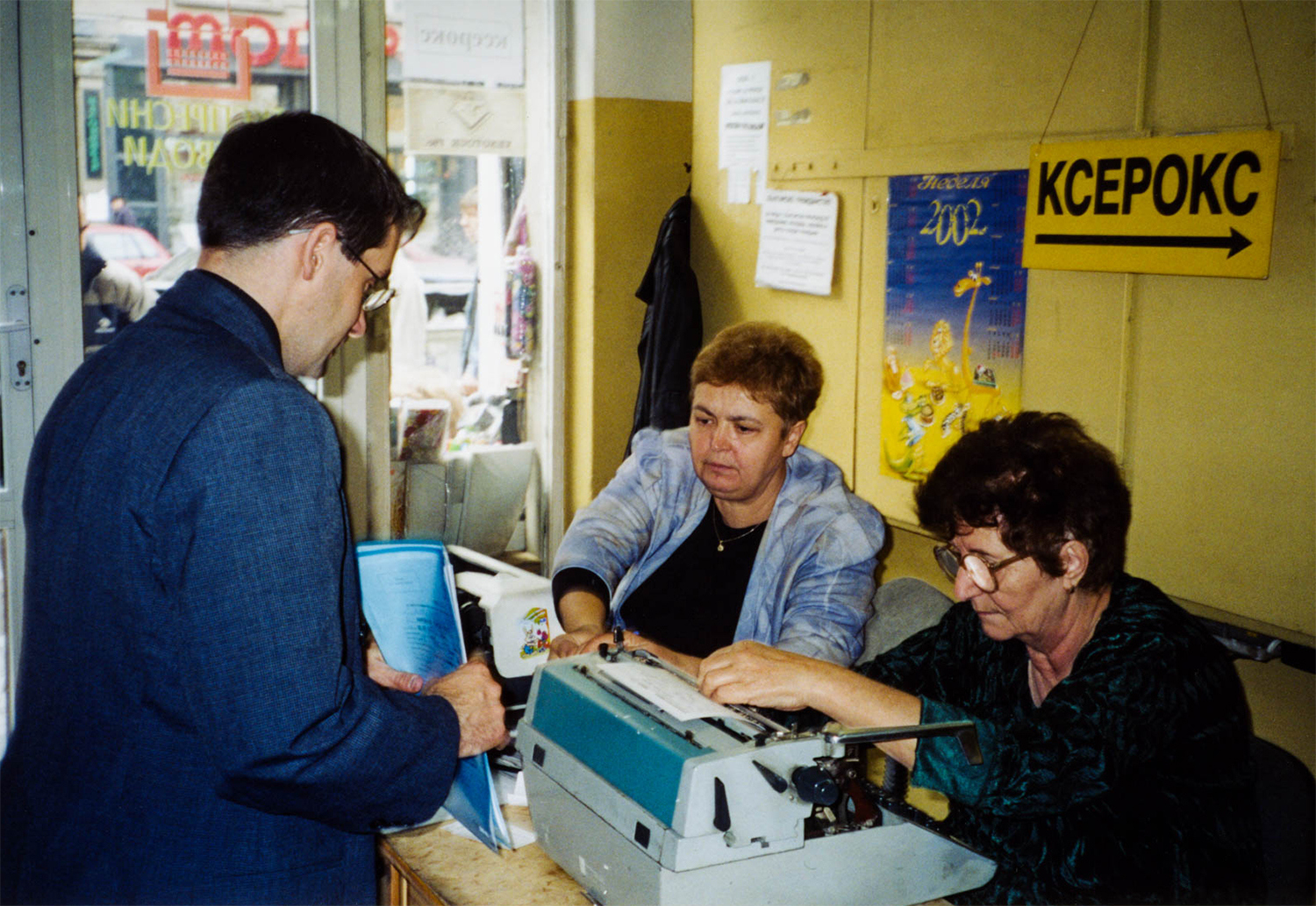 In the early 2000s, these two women helped scores of people each day, typing forms and offering advice from the lobby of an administrative office in Sofia. Elsewhere in the city, it wasn't unusual at the time to see entrepreneur typists on the city pavements, typewriter at the ready, near any office where carefully completed forms were a requirement.