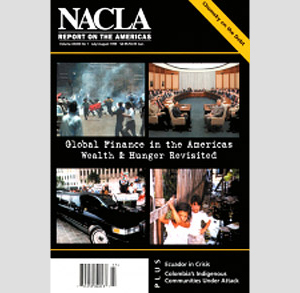 In July 1944, as the war in Europe drew to a close, delegates from 44 nations met in Bretton Woods, New Hampshire to develop the framework for a postwar global financial order, presumably to avoid future financial crises like the Great Depression, seen by many as the cause of World War II. The results of the conference were the two Bretton Woods Institutions (BWIs): the International Monetary Fund (IMF) and the World Bank.1

The IMF, headquartered in Washington, D.C., began its financial operations in March 1947. Its original membership of 29 nations has since expanded to a present total of 182. The IMF has always defined its primary task as the maintenance of an orderly process of payments and receipts between nations. Countries signing the IMF Articles of Agreement, or Charter, agreed to sacrifice some degree of their national sovereignty in the hopes of alleviating the policies that were perceived to have brought on the Great Depression—primarily the lack of trust on the parts of governments to exchange their own national currencies for others. The IMF’s principal recommendations included the promotion of international monetary cooperation and exchange stability, the expansion of international trade, and the establishment of a multilateral system of payments. To this end, the IMF sought funds from member nations which could then be lent to other member nations experiencing temporary balance-of-payments difficulties. In this manner, the IMF could be compared to a credit union: Its financial resources are the sum total of its members’ funds.2

The World Bank, founded in 1946, is also based in Washington, D.C. Its primary purpose was to finance economic development, at first in the war-ravaged European economies and later in developing nations. The Bank has since diversified into four somewhat autonomous financial arms (referred to as the World Bank Group), and has asserted its commitment to work toward “a world free of poverty.” The foremost arm of the World Bank is the International Bank for Reconstruction and Development (IBRD), which is funded both by member-nation dues and by money borrowed in international markets, facilitated through the sale of World Bank bonds. The IBRD makes loans to member governments at rates below those of commercial banks to finance infrastructural-improvement projects (dams, transportation, power plants and so on), or to assist governments in meeting the requirements of a structural-adjustment program. Another arm of the Bank is the International Development Agency (IDA), which makes “soft” loans (loans with no interest fees) to very poor nations. The condition for receiving either an IBRD or IDA loan is usually a series of structural adjustments. The other two arms of the Bank are the International Finance Corporation (IFC), which seeks to attract private sector investment in World Bankendorsed projects, and the Multilateral Insurance Guarantee Agency (MIGA), which serves as a noncommercial risk-insurance provider for private sector investors operating in World Bank member countries.3

The Inter-American Development Bank (IDB), created by a special committee of the Organization of American States in 1959, operates specifically in Latin America. It originally included 19 Latin American and Caribbean nations and the United States, but has since expanded to include almost the entirety of Latin America and the Caribbean, along with Western Europe, Japan, Israel and Canada as lender countries—some 46 nations in total. The IDB raises funds from member governments’ subscription dues, financial markets and other sources. It then lends money to member states to assist in financing a wide variety of economic and social-development projects.4

To receive assistance from any of these organizations, a country must become a member state and agree to a regimen of policies, or a Structural-Adjustment Program (SAP), based on liberal economic theories. In brief, SAP policies demand a drastic reduction of state involvement in the national economy in favor of liberalization, or “opening up” to “the markets.” Specifically, liberalization entails massive cutbacks in the public sector and social programs; privatization of state-owned industries; export-oriented, commodity-based development; increased levels of labor flexibility; and increased openness to foreign trade and investment, often by lowering tariffs. These neoliberal policy guidelines have become known as the Washington Consensus because Washington-based international financial organizations and U.S. governmental bodies almost universally favor them.5

The tenets of liberalization and the Washington Consensus are also summed up in the agreements forming the World Trade Organization (WTO), which replaced the General Agreement on Tariffs and Trade (GATT) in 1995. The WTO includes and extends the GATT, functioning as the institutional framework for global trade. In breaking down barriers to international trade and investment, the WTO serves the interests and enforces the trade policies of the richest nations, or the Group of Seven (G7).6 Likewise, through their demands for liberalization, the BWIs and other international financial institutions ease the path for investors in advanced economies to profit from new openings in developing countries, a relation some observers label the Wall Street-Treasury Complex.7 As then-U.S. Treasury Department Undersecretary for International Affairs Lawrence Summers testified to Congress in 1995, for every dollar the U.S. government puts into the World Bank’s funds, it receives $1.30 in procurement contracts for U.S. transnational corporations.8

The IMF and the World Bank have drawn heavy criticism from various sides of the political spectrum for their continued insistence on draconian SAP measures in light of the damaging effects of such policies on borrowing societies. Critics have pointed to increased indebtedness, public-sector layoffs, cutbacks in subsidies for social programs, the displacement of domestic industry by transnational corporations, the cut-rate sale of state industries to foreign private investors, a fall in wages precipitated by labor-flexibility stipulations, and a general loss of economic sovereignty—the ability of a nation to dictate its own labor code, environmental legislation and trade policy. In particular, criticism has been directed toward the harsh conditions underlying repayment of the debts of the world’s poorest nations.9 Since 1987, the poorest nations have been eligible for the IMF’s Enhanced Structural Adjustment Facility (ESAF), a loan designed for developing countries with persistent macroeconomic problems like high inflation, poor balance of trade and heavy indebtedness. The ESAF is a low-interest loan with a five-year grace period on interest and a ten-year maturity, but in order to receive it, a borrower nation must accept a slew of structural-adjustment measures.10

In response to criticism, in September 1996 the World Bank and the IMF jointly examined the possibility of reducing or annulling parts of the poor nations’ debts. Together, the BWIs put forth the Highly Indebted Poor Countries Debt Initiative (HIPC). HIPC proposes to coordinate and alter the debt repayment of eligible borrowers to all creditors. Thus, bilateral creditors (governments), multilateral creditors (such as the BWIs), and commercial creditors (such as private banks) would, for the first time, agree to reduce—not just refinance—debt payments. HIPC would also emphasize the capacity of a country to pay as a principal concern in its debt-relief strategy, while seeking to reduce debts in the poorest nations to a “sustainable” level, meaning the ability to service debt while also funding economic development and social well-being. The HIPC initiative would also acknowledge that poverty reduction is equally as important for governments as fiscal or monetary performance. But in order to attain HIPC status, countries will have to follow the same SAP prescriptions that many critics argue have protracted their debt crises in the first place. Thus far, 42 countries have been declared eligible to apply for HIPC benefits.11

1 See “The IMF and the World Bank: How Do They Differ?” by David C. Driscoll at the IMF Website, www.imf.org/external/pubs/ft/exrp/differ/differ.htm. See also, “Statement on the Heavily Indebted Poor Countries (HIPC) Debt Initiative,” at the 50 Years is Enough Network Website, www.50years.org/factsheets/hipc.html.

3 Drawn from the IMF Website essay, “The IMF and the World Bank: How Do They Differ?”; the 50 Years is Enough Network online fact sheet, “The World Bank’s Financial Components,” www.50years.org/factsheets/structure.html, and “50 Years of World Bank Group Operation Highlights,” at the World Bank Website, www.worldbank.org/html/extdr/backgrd/ibrd/history.htm.

7 See, for example, Doug Henwood, “The Americanization of Global Finance” in this issue.

Published in NACLA Report on the Americas, “Global Finance in the Americas: Wealth & Hunger Revisited”, Vol. 33, No. 1, July/August 1999 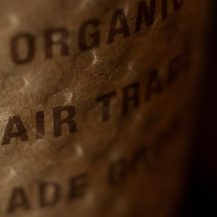 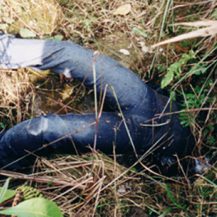 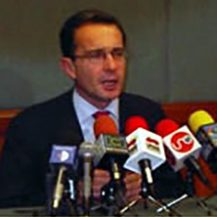 The new president moves to limit any potentially damaging reports appearing in the foreign press.